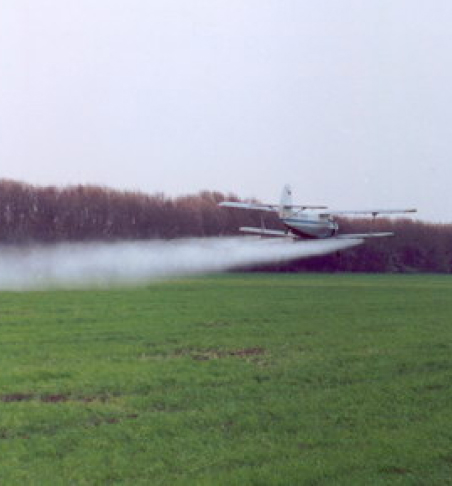 The Research Center is an integral part of PANH Helicopters. It specializes in the following scientific and research works: 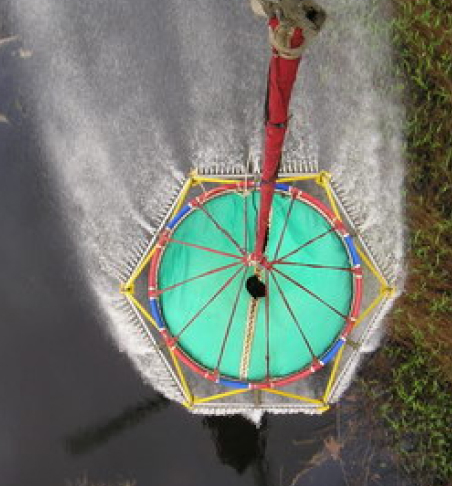 At PANH Helicopters we have essential and unique material base and conditions are created for solution of problems, including:

About 40 types of technical means and more than 200 aviation technologies have been developed and introduced by the company. A lot of them are protected by the patents for invention. Most developments of the company are wildly used in operations and were awarded more than once at the International Exhibitions and Saloons in Geneva, Brussels, Seoul, etc.

OS – 1M – the modern sprayer to plane AN-2
The modernized bars to the sprayer for helicopter Mil-2
Universal liquid sprayer RZHU-1
Helicopter saving basket
Helicopter pendant sprayer VOP-3
The sprayer OS - 1M is intended for spraying liquid preparations by norms of consumption of hydraulic liquid from 5 up to 100 l/hectar at working width of capture of 30 m.
More details 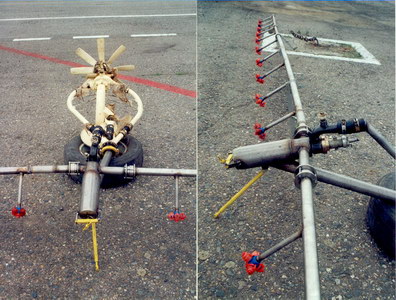 PANH company has developed and produces modernized bars (main and tail) to the serial equipment for Mil-2 helicopter.
More details 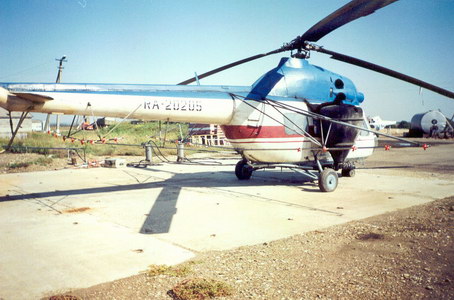 JSC Scientific and production company "PANH" produces a universal liquid sprayer with a cut-off valve for rod sprayers OP-2000, OPSH-15-01, etc. According to its technical characteristics, the RZHU-1 is not inferior to its Western counterparts.
More details 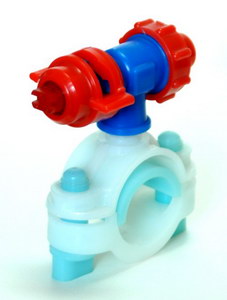 It is intended for evacuation of people from drifting ice floes, mountains, forests, islands of hard surface at mudflows and floods, at fires and other emergency situations.
Грузоподъемность2000 кг
Максимальная вместимость25 человек
More details 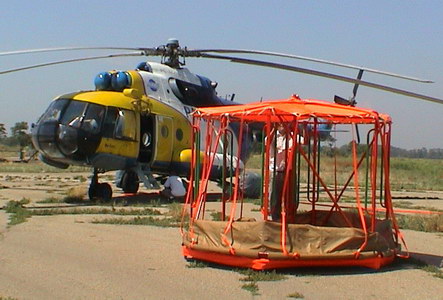 It is intended for delivery of working liquids -dispersants (OM - 6, OM - 84, Korexit 9527) and biologicals (Destroil, Devoroil, Unirem, biological degradations) on an external sling of Mil-8 type helicopters to places of oil spill and their spraying on the polluted areas of water with norms of 40-1300 l/ha.
More details 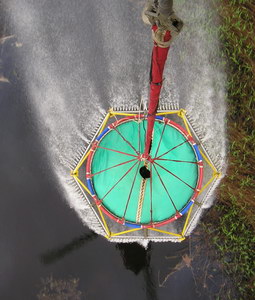 The monograph systemically addresses General and specific issues of aviation work on the distribution of substances in the economy, presents the main types of such aviation work and their features, analyzes the processes of ensuring and evaluating the target effect of the work performed as a complex intersectoral system, describes the tools and procedures for modeling and selecting the main elements and processes of its functioning, including various types of aircraft and their special equipment, flight methods and technological modes of applying characteristic working substances. Special attention is paid to the qualitative aspects of work on the aviation distribution of substances and ensuring their targeted effectiveness and safety in various industries using traditional (aircraft, helicopters) and promising (trikes, gyroplanes) types of aircraft.

Practical recommendations for improving the existing and forming a promising system for the production of aviation work on the distribution of substances are offered.

It is intended for specialists in the field of aviation services of economic sectors, scientific and engineering workers interested in the application of aviation, as well as teachers, postgraduates and students of relevant specialties.

Kozlovsky V. B. et al. Helicopter with cargo on an external suspension

The issues of flight operation of helicopters when transporting cargo on an external suspension and bringing aviation construction and installation works are considered. Technical means and special equipment of helicopters are described, and the activity of the crew as a collective operator during such operations is shown. The paper considers a mathematical model of helicopter flight with cargo on an external suspension, as well as some aspects of the application of mathematical modeling in order to improve the efficiency and safety of flights.

The book is intended for flight and engineering staff of civil aviation operating enterprises, aviation industry engineers, and researchers engaged in mathematical modeling of flight dynamics of aircraft. It can be useful for cadets of higher flight schools, students and postgraduates of universities, students of training units of civil aviation.

The ways of improving the organization of aircraft production are suggested.

It is proposed to increase the efficiency of aircraft operation in the performance of aircrafts by selecting the effectiveness of the development strategy of aircrafts, optimal composition and structure of the aircraft fleet, and improving the system of state regulation.

The book is intended for specialists who use aircraft on various types of aircraft, the administrative apparatus of the state AND economic sectors, developers of aviation technology, as well as for researchers, postgraduates, and students.

The publication is made from the author's originals, presented on paper and magnetic media.

The possibility of flight and technical operation of aerostatic aircraft in the civil aviation system is assessed. The main requirements for the development of promising types of airships and helicopter units are given.

The book is aimed at a wide range of readers interested in aerostatic technology, specialists involved in the development, creation of aerostatic aircraft and solving problems for their revival and use in aviation jobs in the economy, as well as for students of higher and secondary aviation educational institutions interested in Aeronautics.

The use of aircraft in sectors of the economy

The book is dedicated to the anniversary date-the 80th anniversary of civil aviation in Russia and is an analytical review of information about the use of aviation in the sectors of the national economy (PANH) and a brief analysis of the results of research and flight tests performed by NPC "PANH" both independently and jointly with other research, design and production organizations.

The book describes some historical aspects of the formation of PANH, provides the main characteristics of aircraft (aircraft, helicopters, airships, helicopters, ekranoplans, ultralight aircraft) and technical means used in various types of aircraft in the economy. The current state of the PANH sub-sector and the role of science in its development are shown. Examples of the use of aircraft on various types of aircraft are given and their comparative assessment with other types of transport is given. Promising directions for the development of aviation application in all its aspects of the economy and ways of reviving the PANH sub-sector in civil aviation are identified.

The book is intended for specialists who use aircraft on various types of aircraft, the administrative apparatus of the state AND economic sectors, developers of aviation technology, and can also be useful to researchers, graduate students, students, cadets of aviation schools who intend to deal with the application of aviation in various sectors of the economy. 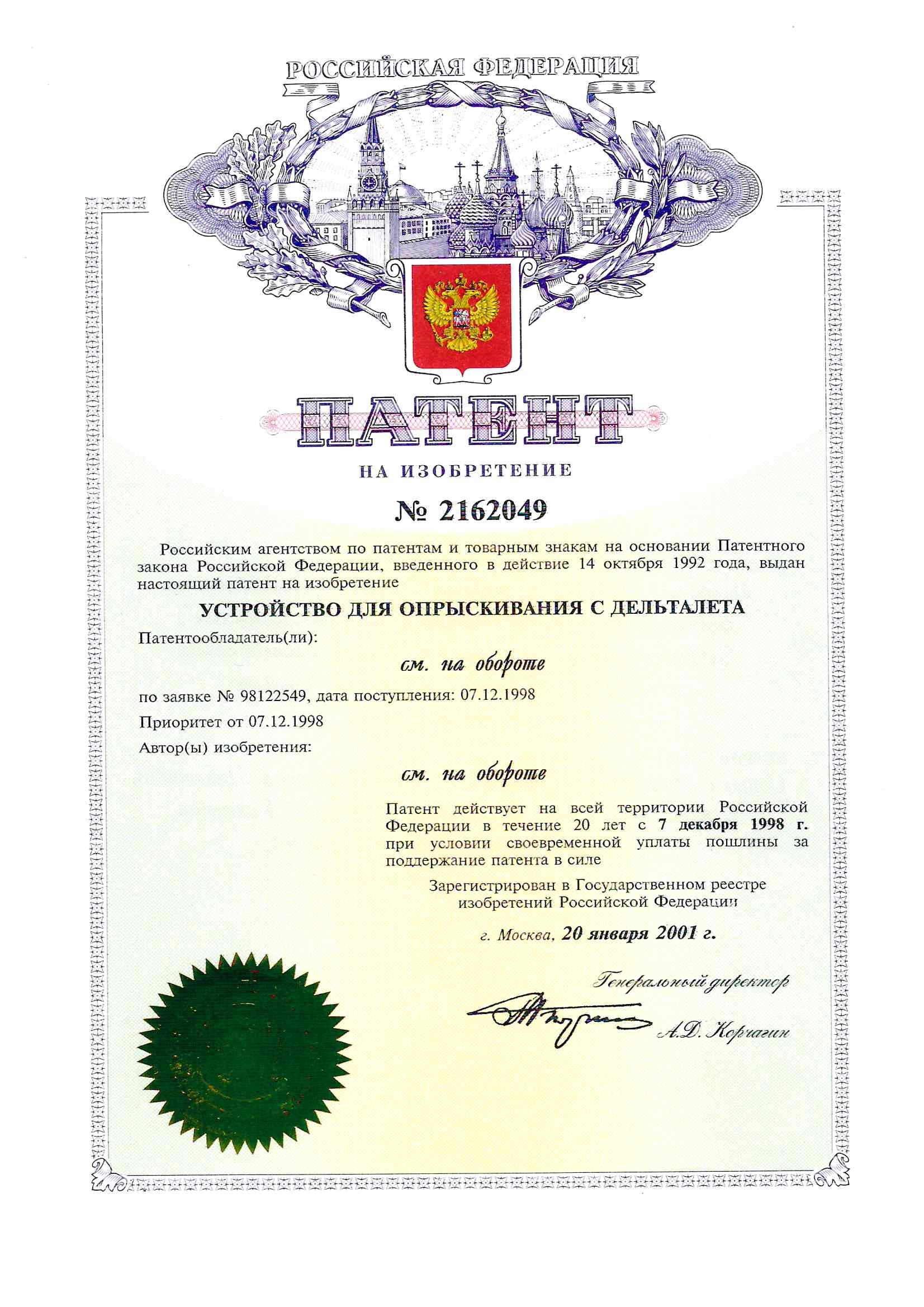 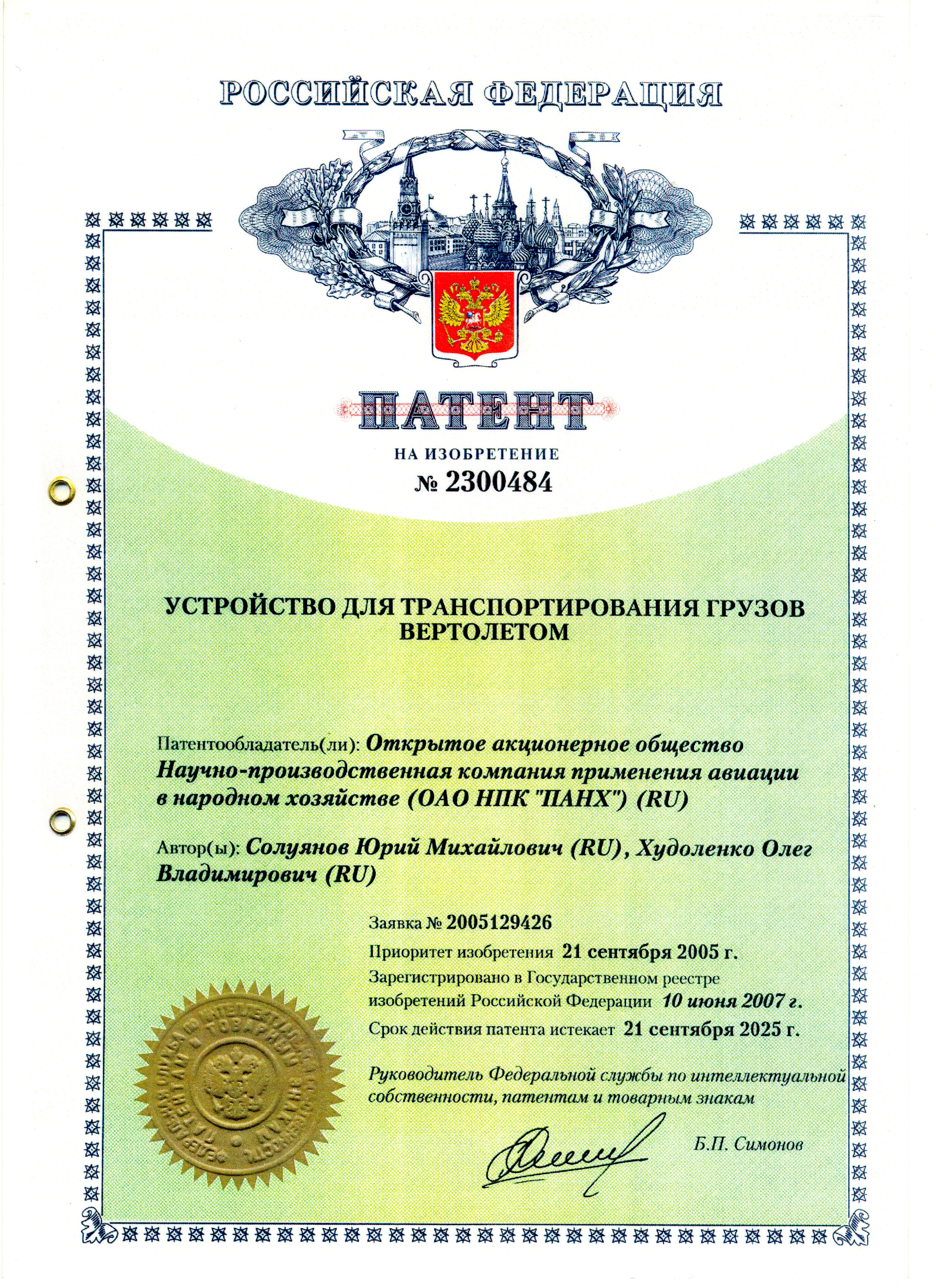 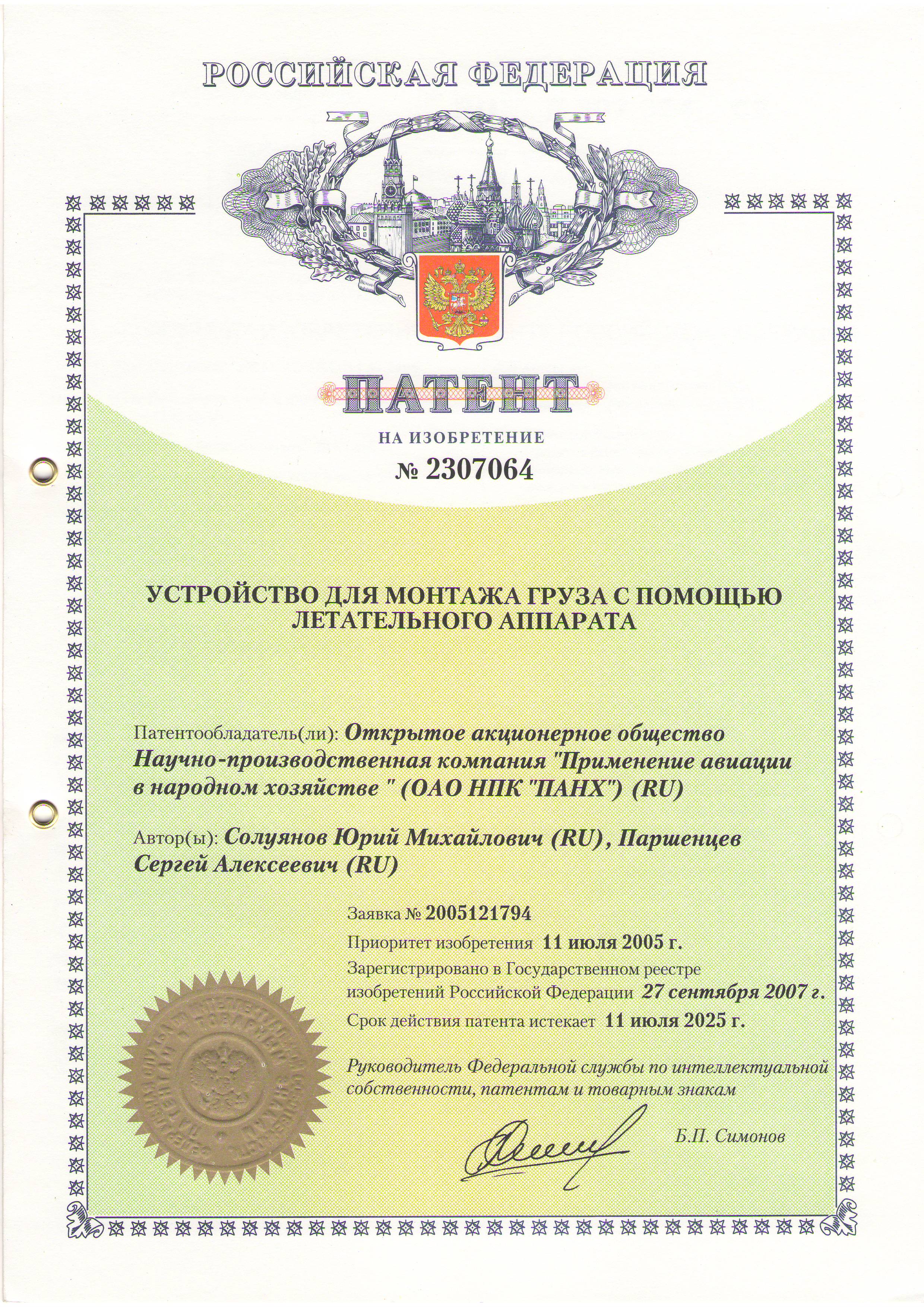 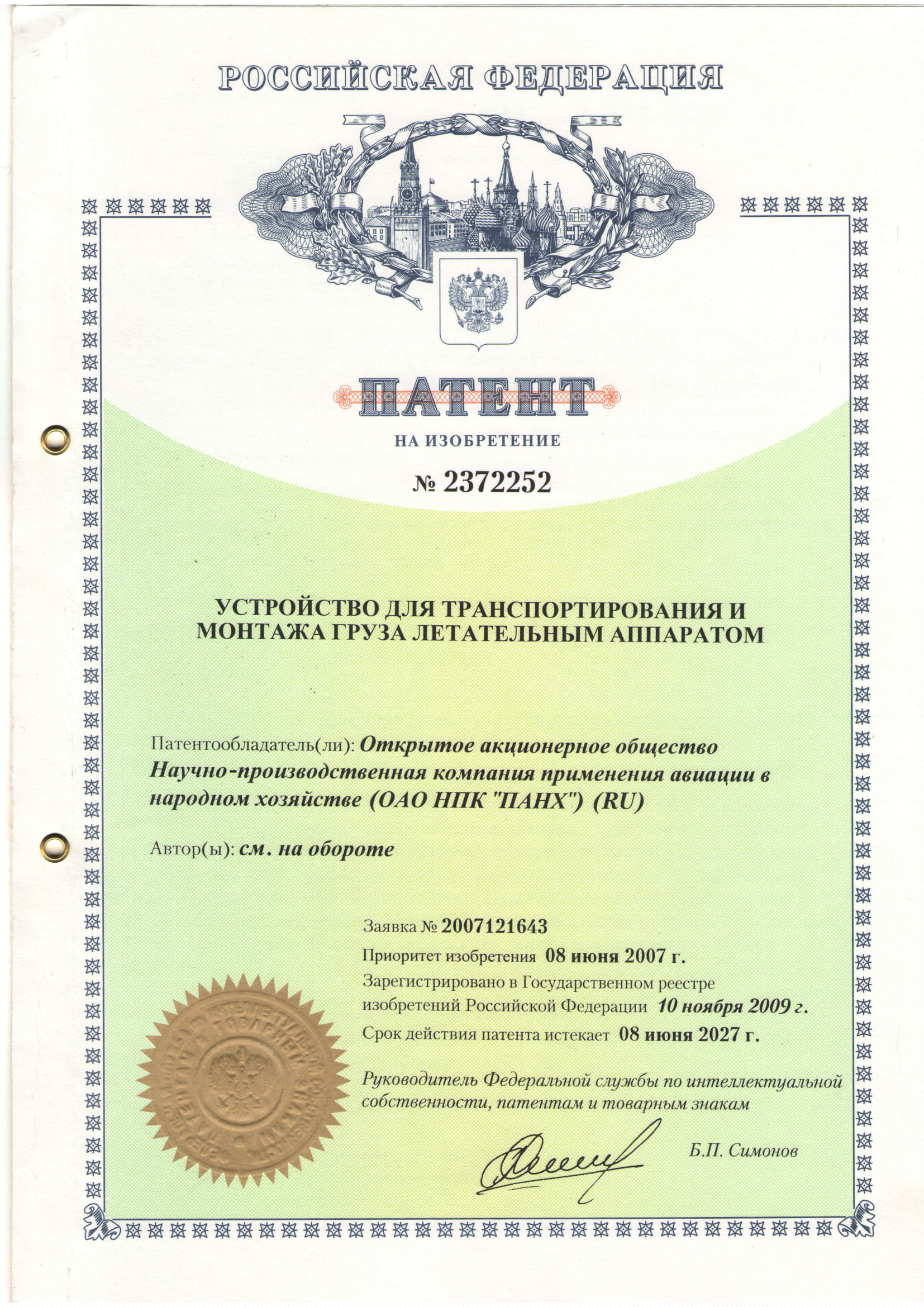 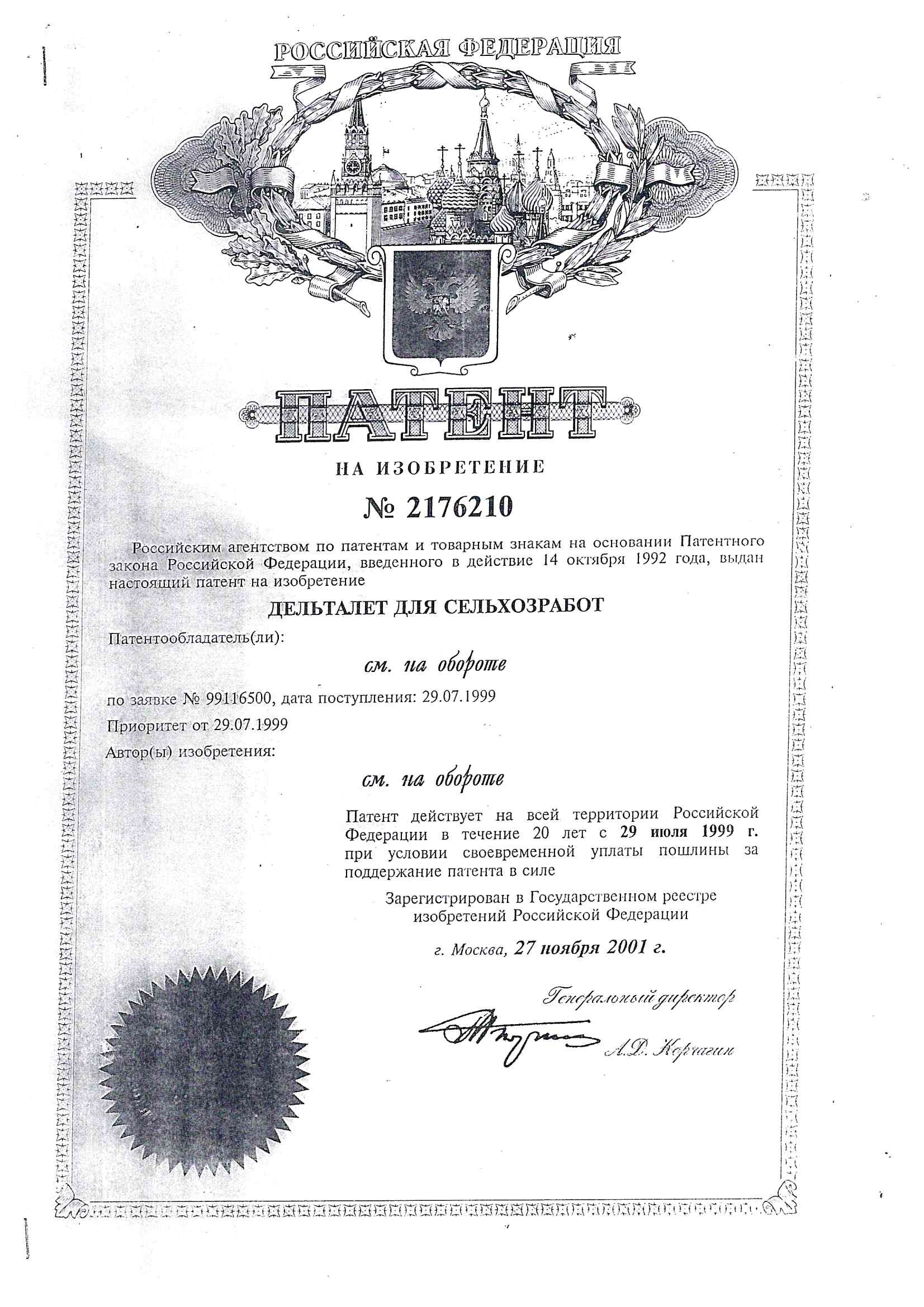 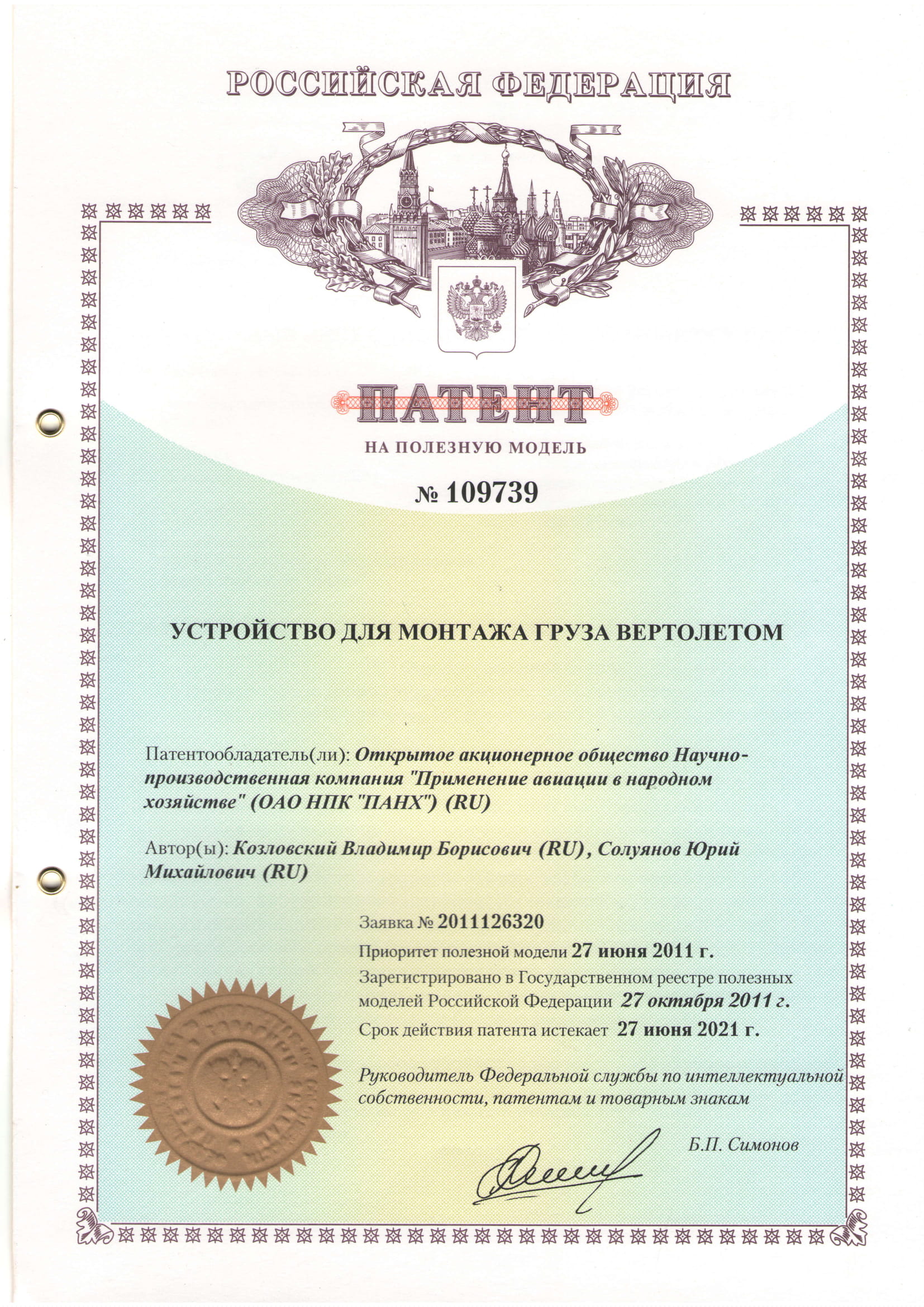 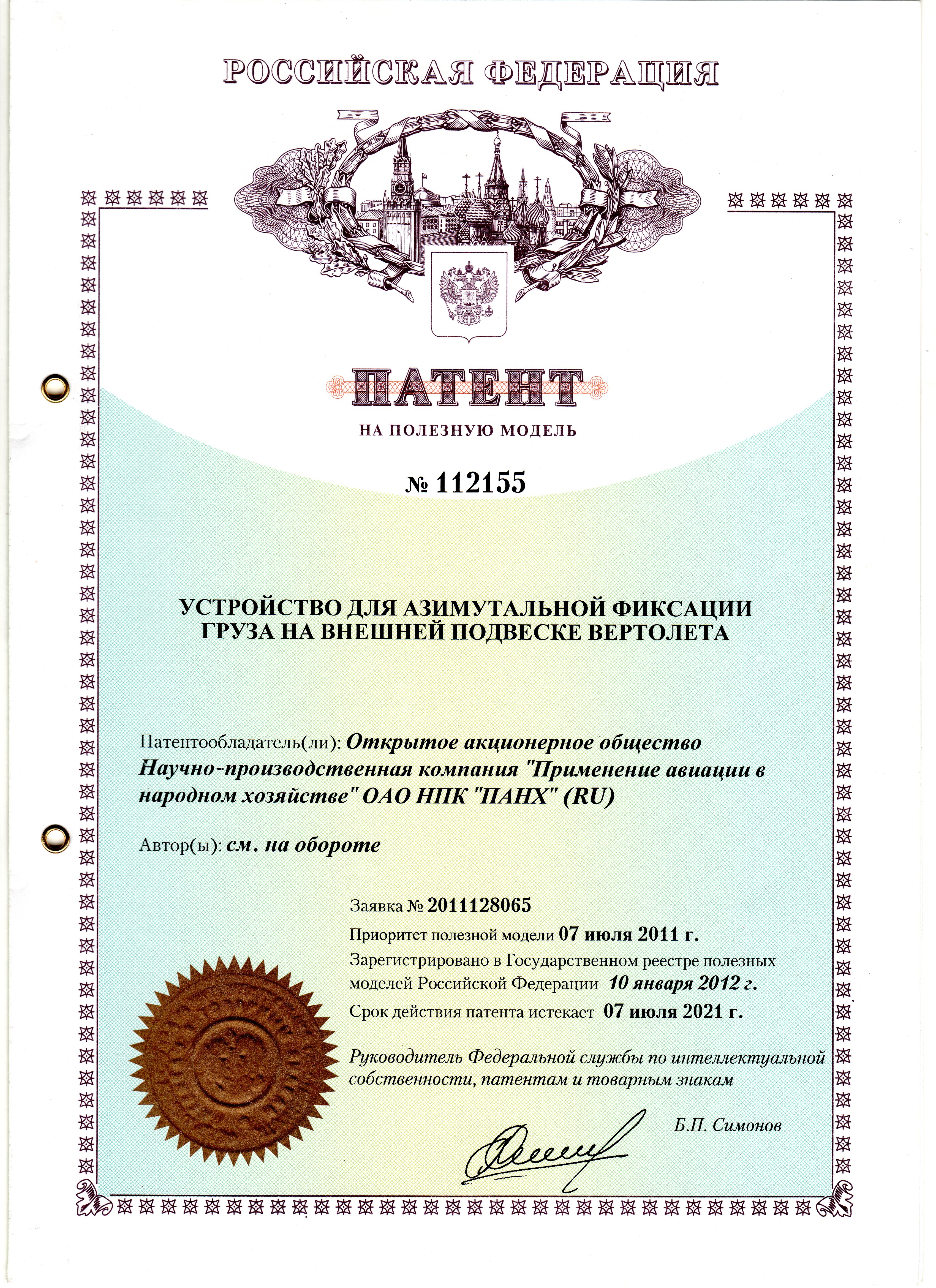 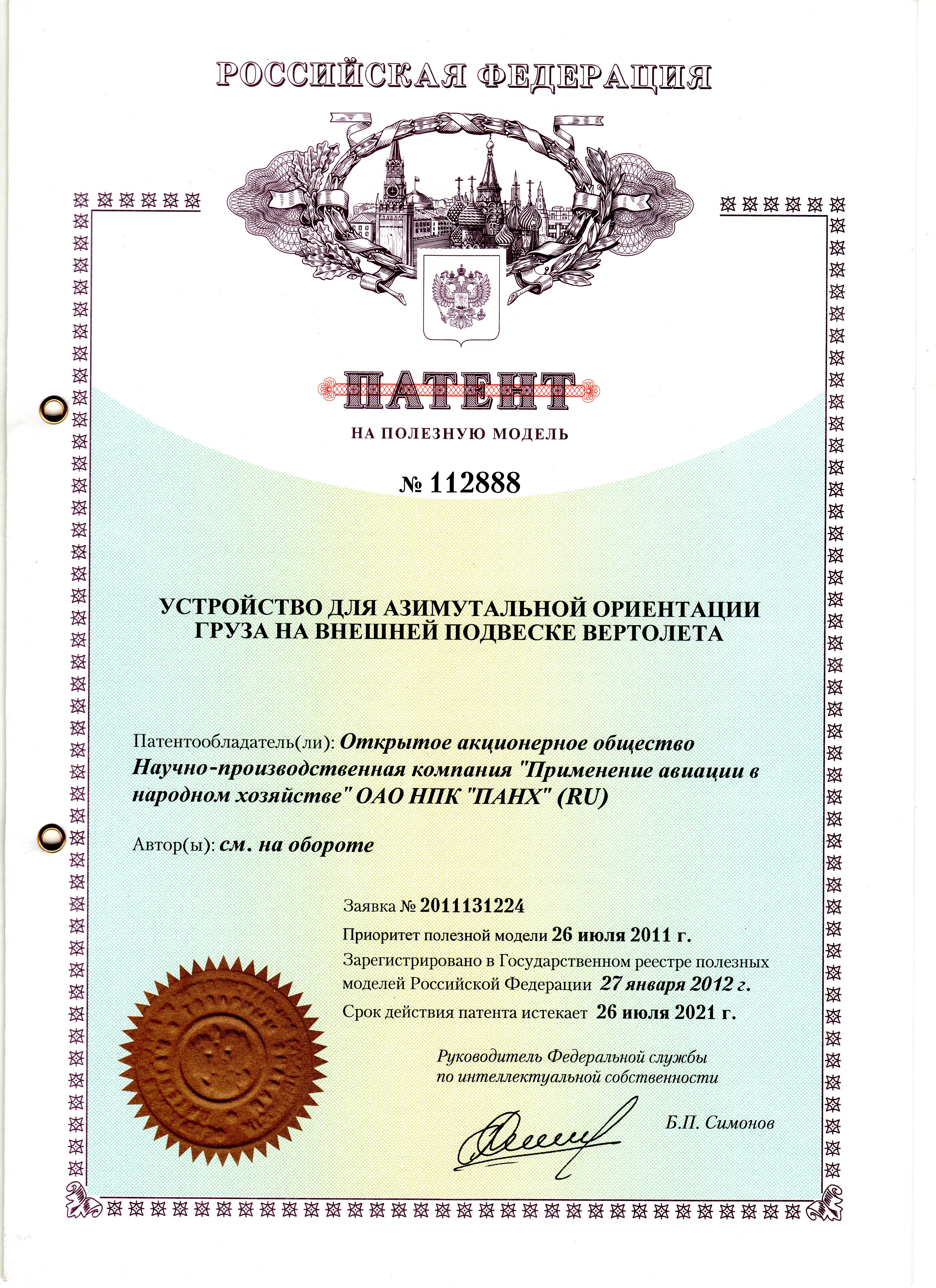 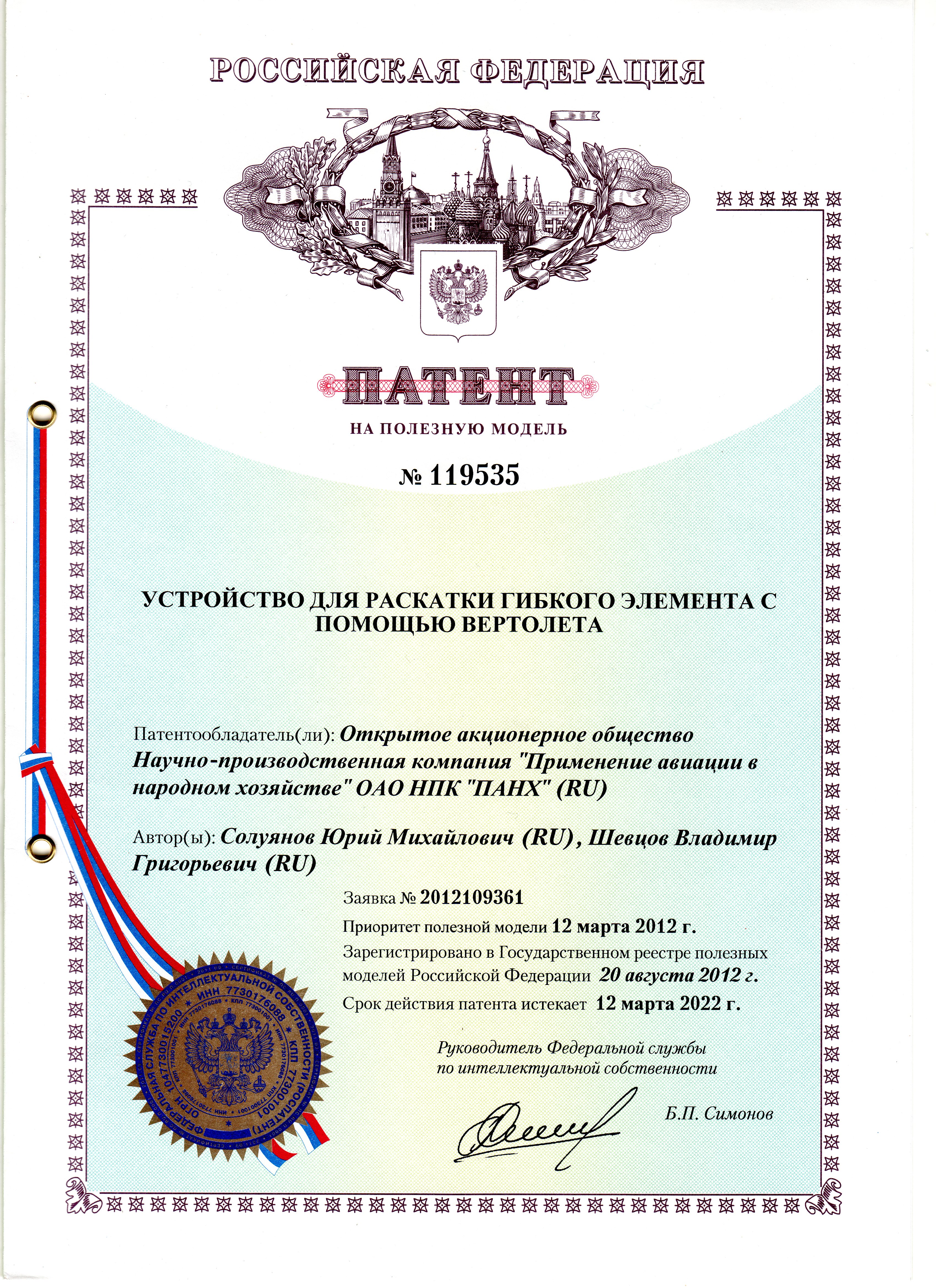 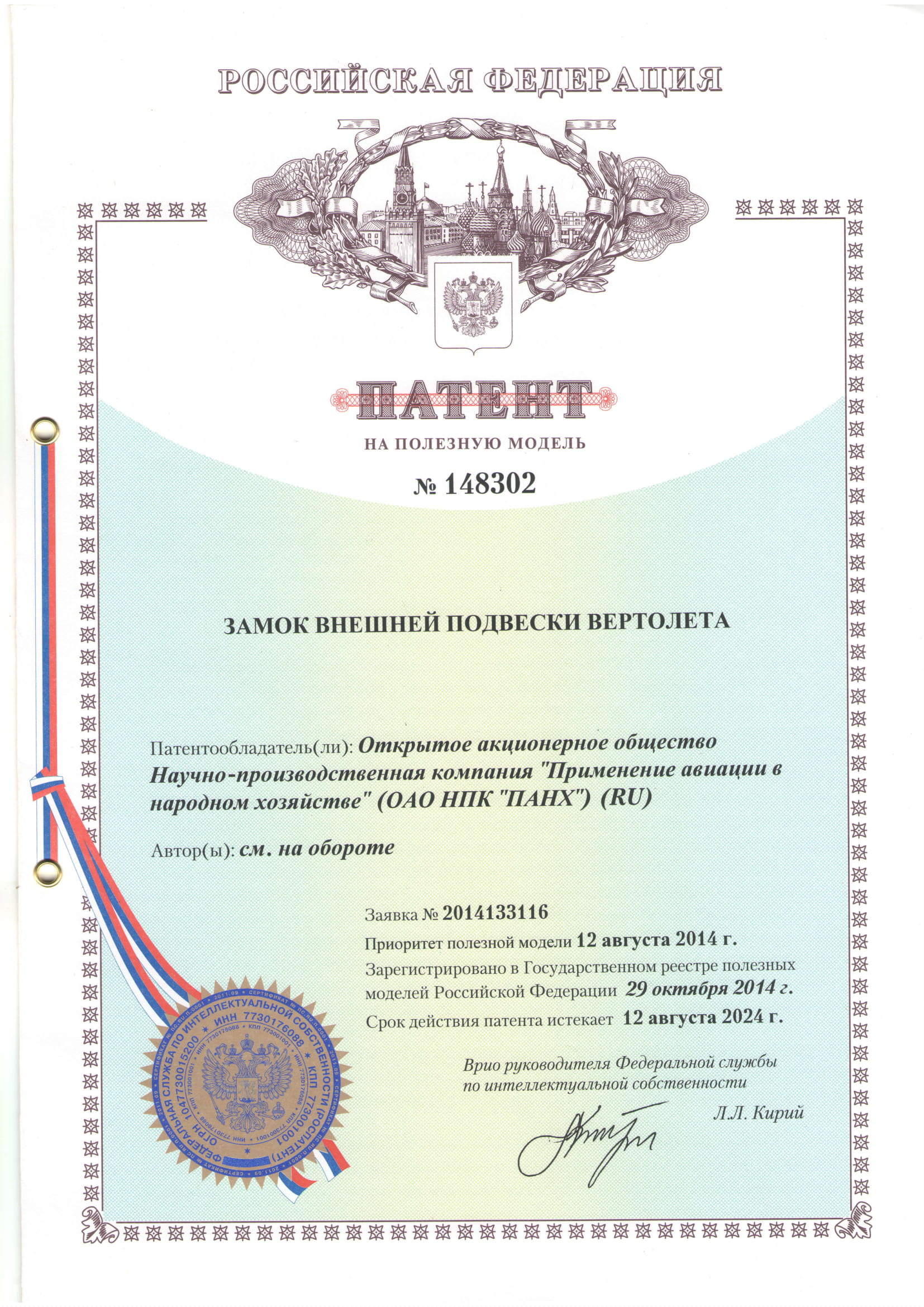 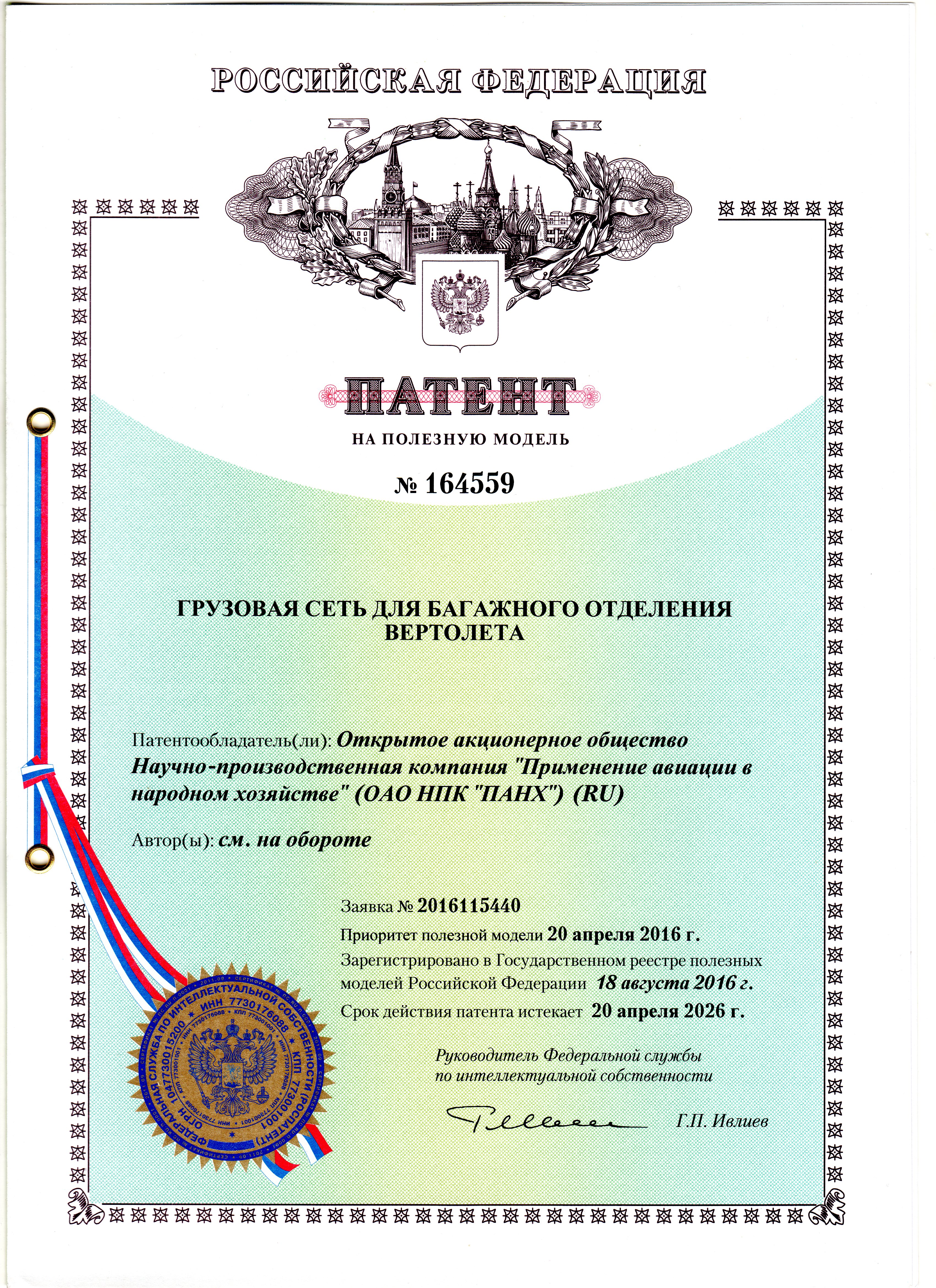 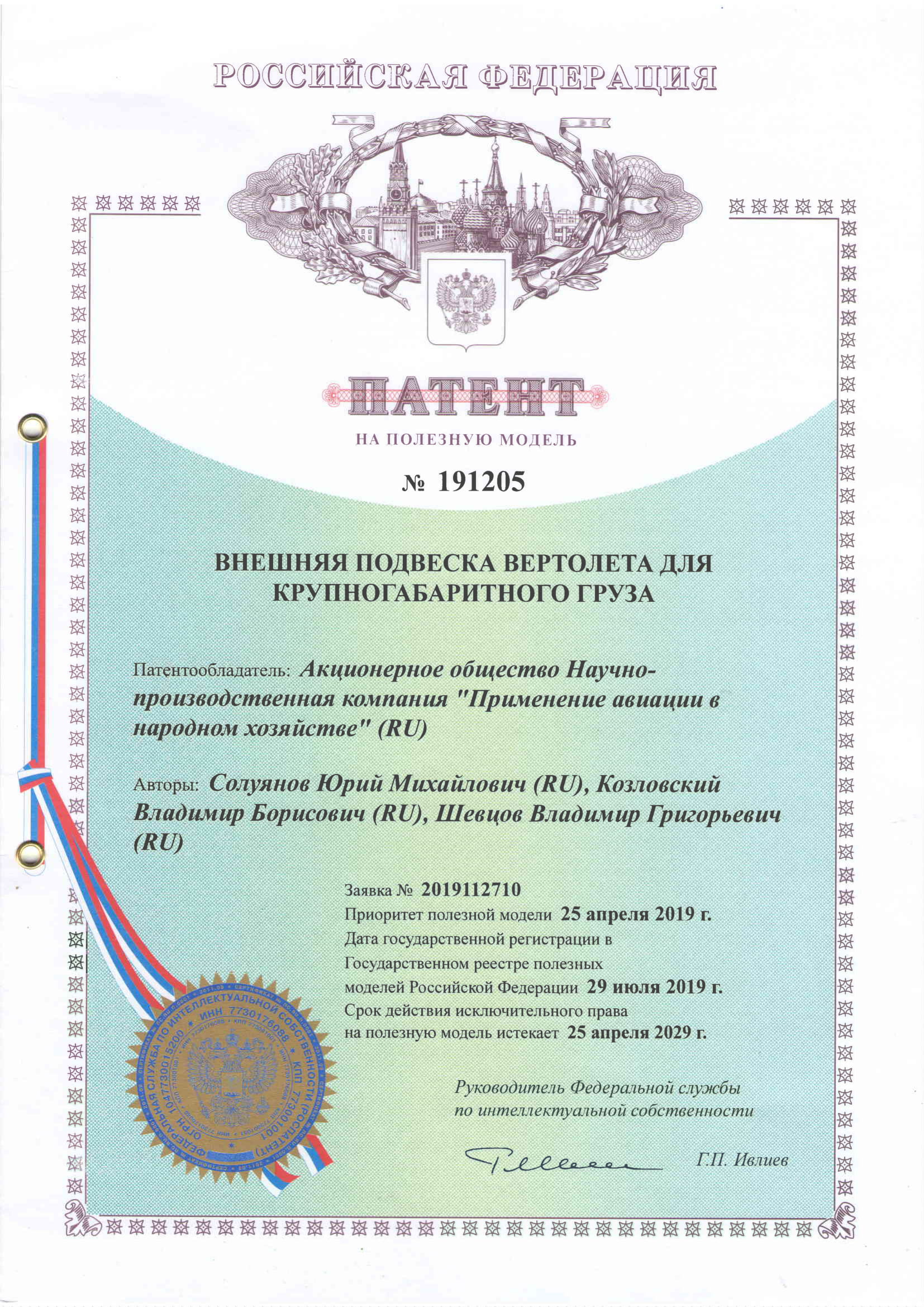 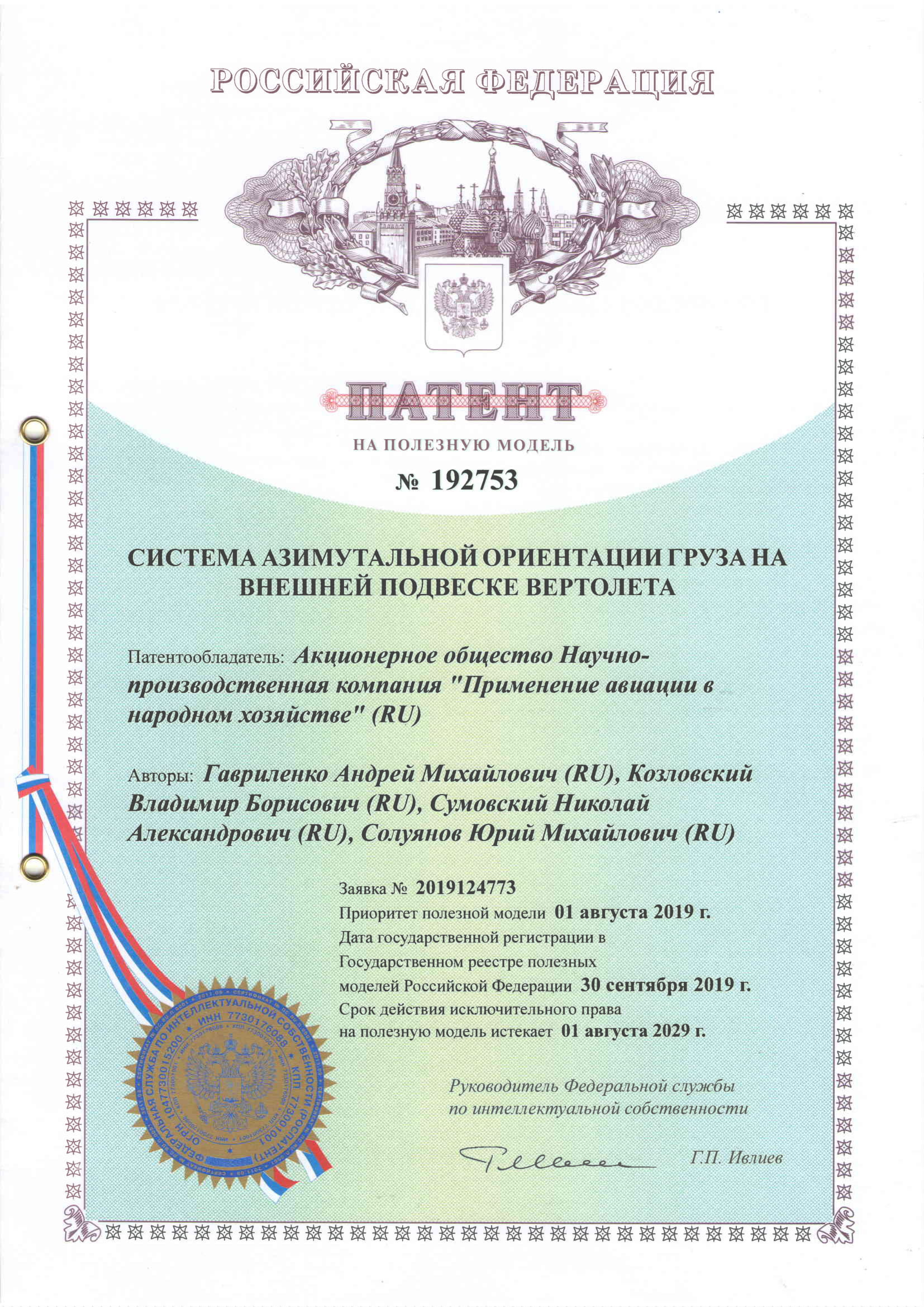 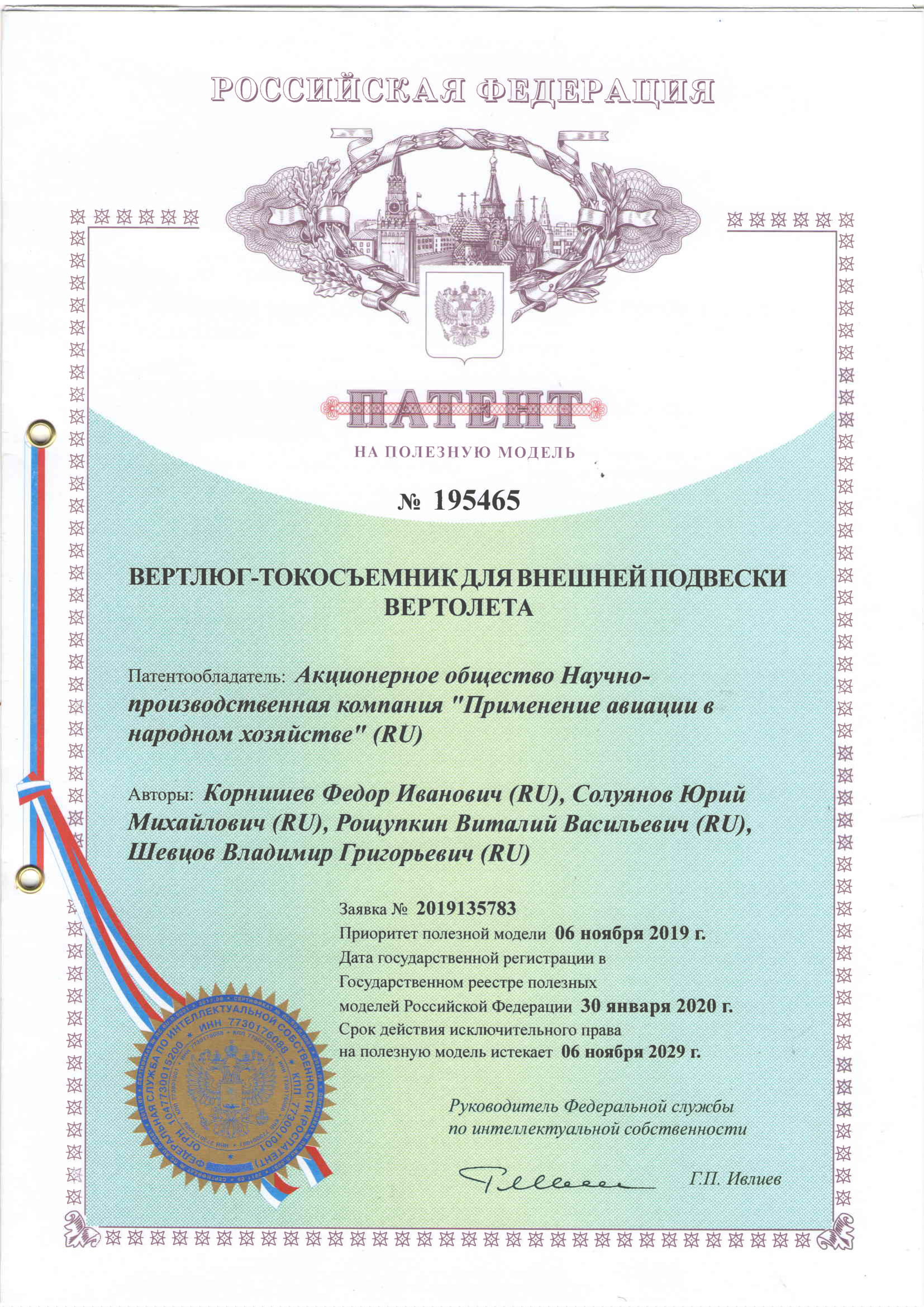 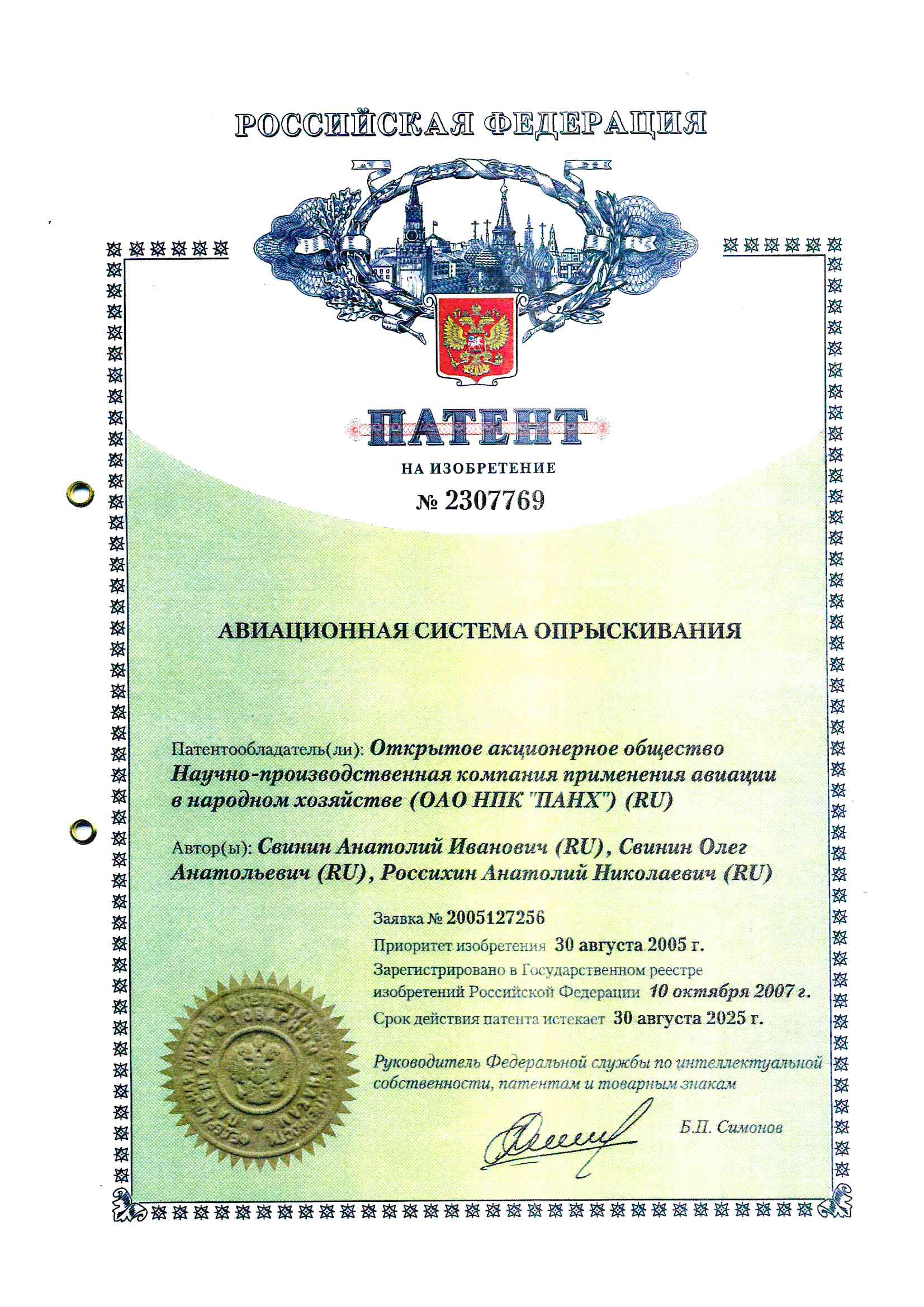 The invention relates to devices for spraying with a deltalet at work to protect crops from pests and diseases, as well as to destroy weeds.

The invention relates to aviation technology, in particular to devices for transporting cargo on a cable external suspension of helicopters, and can be used to reduce the cost of flight time when safely performing cargo delivery operations.

The invention relates to lifting and transport engineering, in particular to devices for mounting cargo, mainly in the openings of floors, and can be used for precise direction of the load on the construction axis of the object being mounted with an azimuth orientation when performing construction and installation work using an aircraft, such as a helicopter.

The invention relates to aviation technology, in particular to the equipment of helicopters used for transporting cargo on an external suspension. The device for transporting and mounting cargo includes a traverse with cargo ropes at the ends, connected to the aircraft lock by means of connections that converge at the lock, two drives and two flexible rods of the cargo orientation system in the horizontal plane, connecting the ends of the traverse with the drives by means of deflecting blocks fixed to the fuselage of the aircraft at the greatest distance from the lock.

The invention relates to aviation used in agriculture. The deltalet contains a wing with tubular stiffeners, a power plant, a cart, and a tank for the substance.

The device refers to aviation equipment, namely, equipment for helicopters intended for construction and installation work. The device contains an external suspension and azimuthal orientation system of the cargo.

The device for rolling out a flexible element using a helicopter can be used when installing overhead power lines.

Cargo net for the cargo compartment of the helicopter

The helicopter's external suspension for large-sized cargo can be used when dropping mock-UPS of returning spaceships for testing their soft landing systems.

The azimuthal cargo orientation system on the external suspension of the helicopter is designed for performing aviation construction and installation works.

The swivel current collector can be used in the external suspension of the helicopter to provide control from the cabin of electric locks when uncoupling cargo after its transportation or performing construction and installation work. The swivel current collector can also be used to transfer electricity from the cab to other electrical devices located at the lower point of the external suspension ropes, such as those that open the valve of spillway devices used for extinguishing fires.

Aviation spraying system includes the aircraft, the sprayer with the spray liquid, made in the incoming air flow, the speed control of rolling the nozzles of the liquid air stream is made in the form of a duct, at the entrance motorolarules air inlet with a controlled blinds, and the output is set straightener air flow grille.